What Are Stun Guns? 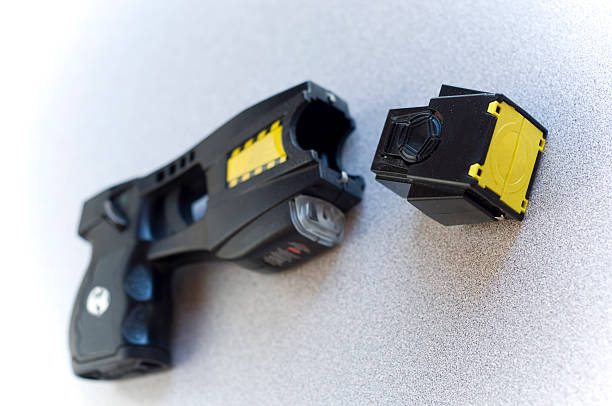 Stun guns are non-lethal weapons that are designed to temporarily incapacitate a person by delivering an electric shock. They are often used by law enforcement officers and security personnel to subdue individuals who are behaving violently or threatening harm to themselves or others.

Stun guns work by delivering a high voltage electric shock to the person being targeted. The shock is intended to disrupt the normal functioning of the individual's nervous system, causing temporary muscle spasms and loss of control. The effects of a stun gun can last for several minutes, allowing the person using the stun gun to safely detain or escort the individual away from the scene.

There are several types of stun guns available on the market, including handheld devices and those that are built into other objects such as flashlights or cell phones. Some stun guns also have additional features, such as built-in alarms or flashing lights, which can be used to deter attackers or attract attention in an emergency situation.

While stun guns are generally considered non-lethal, they can still cause serious injury or even death in certain circumstances. For example, if a person has a pre-existing medical condition that makes them more susceptible to the effects of an electric shock, or if the stun gun is used for an extended period of time, the person being shocked could suffer serious injury or death. It is important to use multiguard stun guns only in self-defense or as a last resort, and to follow all safety guidelines provided by the manufacturer.

In addition to the potential for injury, there are also legal considerations to keep in mind when using a stun gun. The possession and use of stun guns is regulated by state and local laws, and in some areas, it is illegal to own or use a stun gun without a valid permit. It is important to familiarize yourself with the laws in your area before purchasing or using a stun gun.

Overall, stun guns can be a useful tool for self-defense or for law enforcement and security professionals, but they should be used with caution and in accordance with all applicable laws and safety guidelines.